Eight Best Practices to Avoid a Business Lock Out

As an independent financial-services professional, you’re only as good as your data . . . the knowledge in your head and the information stored on your computer. As long as you have access to these resources, you can work for anyone, from anywhere and be as successful as you wish to be. Want to move across country? Fine, just bring your brain and computer with you and hang your shingle the next day. 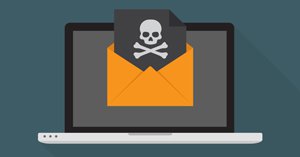 But it all hinges on information access. Losing your head isn’t (normally) a practical concern. But getting locked out of your computer is, especially with the mounting threat of ransomware. As we saw on May 12, 2017, when cybercriminals launched a global attack that crippled at least 200,000 computers in 150 countries, the threat of losing access to your device is is real . . . and it can severely impact your business in the short term and perhaps crash it permanently if you have no data back up.

Ransomware, of course, is a form of cybercrime that has come center stage in recent years. It enters a computer when a user opens a document attached to an e-mail or clicks on the URL of an infected site. This triggers a malware download to the local computer, which then encrypts files, folders, and hard drives. Users in the most recent attack had no inkling of trouble until they started their computers and saw the following message on their screens: “Oops, your files have been encrypted,” along with a demand for $300 in Bitcoin, a digital currency that assures anonymity. Once users pay the ransom, the cybercriminals promised to provide an encryption key, which restores access . . . allegedly.

All told, experts say the financial aftermath of this incident may reach $1 billion, making it the largest single ransomware attack in history. And it’s part of a steady growth trend, which saw more than 460,000 computers ransomed in 2016, up from more than 340,000 in 2015, according to the security firm Symantec. The number of criminal ransomware gangs also increased to 101 last year, up from just 30 in 2015. Not surprisingly, the average ransom amount has also exploded – topping $1,000 in 2016, from $294 in 2015.

Although ransom attacks initially targeted consumers, criminals have shifted their targets to businesses, since that’s where the money is, and not just to huge corporations, but also to businesses of all sizes. So if you’d like to preserve your ability to operate as an insurance professional, it’s time to take the threat of ransomware—and of all cyber-threats—seriously. What to do now? Take some common sense steps to reduce your vulnerability. Here are eight of the most important ones:

In short, since your future success hinges not only your ability to deploy what’s in your brain, but also on the data stored on your computer, playing defense will preserve your ability to do business on your terms in the future. If you don’t protect the future viability of your business, who will?