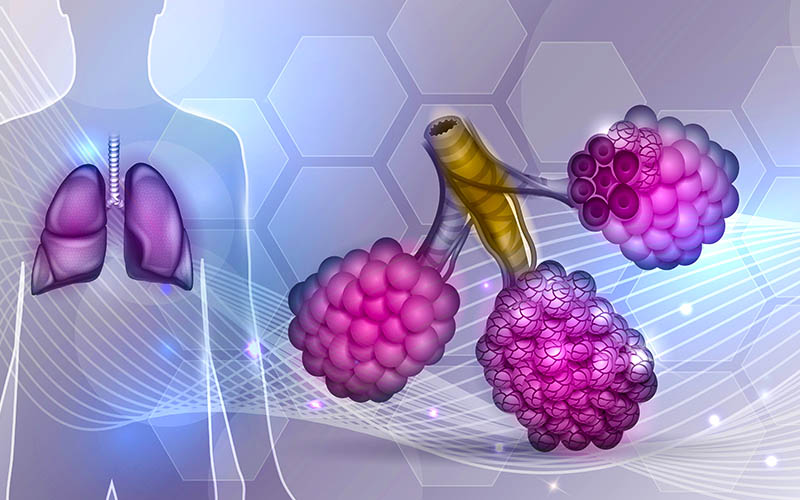 The risks of working in a dental practice are well documented. They range from contracting infectious diseases, allergic reactions from latex gloves or chemicals, to exposure to mercury vapor and ionizing radiation. Then, of course, there are the ergonomic risks posed by repetitive movements and twisting postures and standing for too long each day. Well, now you can add another potential risk: the possibility of developing the chronic progressive lung disease called idiopathic pulmonary fibrosis (IPF). 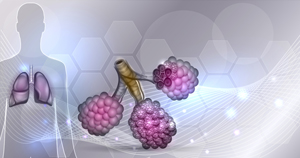 What is IPF? According to the National Heart, Lung, and Blood Institute, it’s a chronic, progressive disease in which lung tissue becomes thick, stiff, or scarred. The damage, also called fibrosis, hampers the lungs’ ability to move oxygen into the bloodstream. Result: a person’s heart, brain, and other organs are unable to get the oxygen they need to properly function. As time passes, the impairment worsens and within three to five years of diagnosis, IPF patients typically pass away.

What causes this disease? One common reason is exposure to environmental pollutants such as inorganic dust (silica and hard metal dusts) and organic dust (bacteria and animal proteins). Medicines can also cause IPF, including nitrofurantoin (antibiotic), amiodarone (heart drug), and methotrexate and bleomycin (chemotherapy agents). However, in most cases, doctors are unable to pinpoint a cause for IPF, leading them to apply the term “idiopathic” to the condition.

So what’s the connection to dentistry? Although it’s not conclusive, the Centers for Disease Control and Prevention identified a cluster of IPF cases among patients of a Virginia health clinic. According to CDC’s Morbidity and Mortality Weekly Report (March 9, 2018), a dentist undergoing IPF treatment at the clinic contacted CDC to report that it was caring for multiple dentists with the disease. After reviewing the clinic’s files, CDC uncovered 894 patients overall who had been treated for IPF during the years 2000 to 2015. From that group, it identified eight dentists receiving IPF treatment and one dental technician. Only two of those patients were still alive.

Although nine dental IPF cases out of 894 doesn’t sound like a lot, the CDC found that the number of dental IPF patients at the clinic was much higher than the incidence of IPF in the general population would suggest. For example, the CDC found that dentists accounted for an estimated 0.038 percent of U.S. residents. However, at the Virginia clinic, they accounted for 0.893 patients, a nearly 23-fold increase.

Hypothesizing that breathing in particulate matter may have triggered the disease, CDC interviewed one living patient (the other was unavailable). He revealed that he polished dental appliances and prepared amalgams and impressions without protection for many years. According to the CDC, doing these tasks exposed him to silica, polyvinyl siloxane, alginate, and other compounds that, if inhaled, can harm lung tissue.

Although the CDC has found cases of dental workers developing lung disease through occupational exposure (e.g., pneumoconiosis, silicosis, and asbestos-related disease), this is the first time it has pointed specifically at IPF. As a dentist, hygienist, or dental technician, should you be concerned? Perhaps, but serious worry may be premature Here’s why.

For one thing, the study reveals a correlation between working in a dental practice and developing IPF, not a causation. “It would (also) be interesting to learn if this condition is as prevalent in the rest of the United States or if there is something happening in Virginia and the surrounding states,” said Chris Salierno, DDS, chief editor of Dental Economics, in Dentistry IQ. “And are the rates of the disease more prevalent in dentists across the country? (However,) it’s a bit early to say if dentists have a new, legitimate occupational concern.”

For another thing, the study itself had four design shortcomings:

In short, although the CDC reported a disturbing link between working in a dental practice and developing IPF, it did not present an open-and-shut case. As the CDC concluded in its report, “Further investigation of the risk for dental personnel and IPF is warranted to develop strategies for prevention of potentially harmful exposures.”

In the meantime, to protect yourself and your practice colleagues from IPF and other occupational lung diseases, be sure to review OSHA guidelines and use the proper equipment (facial masks and respirators) to decrease your risks.