The long and winding fiduciary road just got longer and foggier. That’s because the U.S. Department of Labor has announced an 18-month extension before three related regulations go into effect. Even though the best-interests standard is still operative, now three crucial “prohibited transaction exemptions” (PTEs) will be put on hold until July 1, 2019. 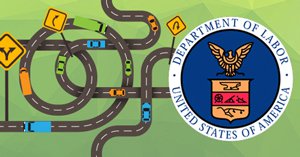 This means financial advisors who work with financial products in the retirement marketplace must continue to comply with the impartial-conduct standards included in the original rule, which went into effect on June 9, 2017:

On hold until the DOL reviews the rule based on the president’s January 2017 memorandum are three add-ons to the original law:

“We applaud the DOL’s decision to delay the remaining portions of its Fiduciary Rule for 18 months,” said Dale Brown, president and CEO of the Financial Services Institute, an industry trade group. “This delay will allow the OL to conduct a through review of the rule, as ordered by President Trump, to ensure investor choice and access to retirement savings advice is protected. In addition to the rule review, we are encouraged by the DOL’s statement that (it) will coordinate with other regulators, including the SEC, to simplify and streamline the rule.”

However, not all observers were equally sanguine. According to the Save Our Retirement Coalition, a group that includes the Consumer Federation of America and Americans for Financial Reform, the delay “is effectively a repeal of the fiduciary rule’s most critical provisions – the provision that ensure the rule is effective and enforceable and that financial advisors and their firms are accountable for providing the best interest advice retirement savers both want and need.”

Financial professionals who have worried about the rule’s impact on their ability to make a living have also earned a DOL enforcement reprieve. That’s because the agency also announced it will continue to not pursue claims against advisors who are attempting in good faith to comply with the law. This will last until July 1, 2019.

Despite DOL’s efforts to delay the law, financial professionals must come to terms with the fact that a fiduciary standard of care may survive regardless of what the DOL does in 2019. Here’s why:

What does it all mean? It means that the final road to a uniform fiduciary standard affecting all financial professionals will not only be curvy and long, but potentially filled with confusing and contradictory road signs. All that advisors can do is drive carefully and defensively and keep their eyes wide open. Good luck!