Insurers are in the business of assessing, pricing, and mitigating risks. But sometimes risks are so new and difficult to quantify they pose dangers to the industry as well as to society overall. A recent Swiss Re report paints a troubling picture of the many ways evolving risks can undermine not only today’s insurance business, but also the world people live in tomorrow. 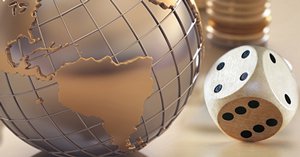 “To look at today’s risk landscape is really important since we see many imminent and remarkable game changers like the return of nationalism or protectionism, says Patrick Raaflaub, Swiss Re’s Group Chief Risk Officer. “At the same time, we should not lose sight of the subtle underlying developments that can be of major importance to the insurance industry, its customers and to society at large.”

A comprehensive look at the many risks on the horizon is available in the Swiss Re SONAR report, released in June 2017. Here are five of the major ones.