Averting one’s eyes has become a common strategy for agents operating in the individual health insurance market. That’s because so many of the unforeseen consequences of the Affordable Care Act (ACA) have been ugly. Agents have been marginalized. They’ve seen their commissions tank. And they’ve gotten trapped in the ACA’s bureaucratic morass. Still, tens of thousands of agents have persisted because they believe in the mission of helping their fellow Americans get and keep health insurance. 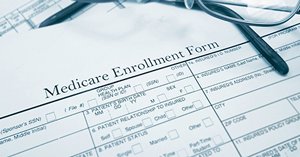 As discussed in Part 1 of this series, health insurance agents have managed the revenue crunch by laying off employees and/or by reducing customer-support hours. Some have considered adding fees to the health-insurance purchase, even though the legal impact of that is cloudy.   Finally, others have considered adding insurance products such as life, annuities, final expense, and Medicare-related health products to take up the slack. The last product category has great appeal because Medicare insurance—Medigap, Medicare Advantage, and Prescription Drug Plans—is poised to benefit from five hugely promising trends.

Once clients decode these Medicare gaps, then they will face a long list of services that aren’t covered, including routine eye exams and most eyeglasses, dental care and dentures (for the most part), outpatient prescription drugs, routine hearing tests, weight management programs, long-term and custodial care (as opposed to skilled nursing home care), and most chiropractic services, acupuncture, and healthcare obtained outside the U.S. But hold on . . . it gets even dicier. Because now consumers have to plow through five possible gap-filling scenarios:

As you can see, determining how to fill the gaps, with what, and at what cost is not intuitive; entire books have been written on these trade offs. As you might expect, consumers look at their options, scratch their heads, and say, “Huh?” In fact, according to a 2015 study of 16,000 consumer calls to Medicare helplines by the Medicare Rights Center, determining when and to enroll in Medicare Part B can be especially vexing. So is understanding what’s covered under Medicare Advantage and figuring out how to manage rising drug costs under Part D. And that’s before someone figures out which of the five prior gap-filling options makes the most sense.

It all creates a tremendous need for knowledgeable, ethical health insurance agents to help hundreds of thousands of Americans make sensible insurance choices. But here’s the problem. At a time when more people need help with their Medicare decisions, there are fewer agents left to help them. For one thing, the entire insurance sales/financial advisory business is getting grayer, with most agents being within five years of retirement and with no successor in place. For another, the health insurance market woes mentioned earlier have driven thousands of agents out of the market. Do you see where we’re headed?

If you’re a health insurance agent looking to rebuild your business or a life agent wanting to add a new product to your portfolio, then consider selling Medicare related insurance plans. The data suggests tremendous sales and income opportunities. But don’t just focus on the quantitative case. Consider the satisfaction you’ll derive from helping America’s seniors stay healthy without going broke.

Interested in learning more? Watch for Part 3 of this series, in which we’ll discuss how to enter the Medicare insurance market.