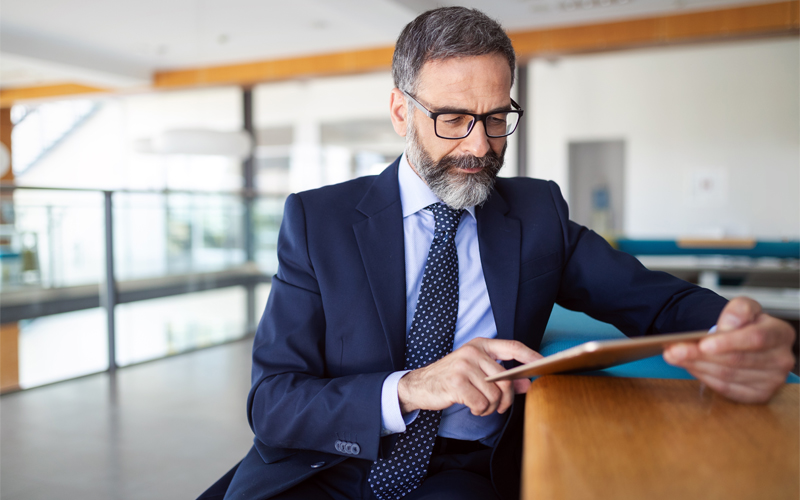 Are you a registered investment advisor (RIA) planning to retire soon? Then it’s time to consider your post-retirement legal risks. Dropping your E&O insurance too soon may be ill-advised.

For decades, the investment-advisory business has been “aging in place.” Today, 21% of the registered investment advisor (RIA) workforce is older than 60. And over the decades ahead, 111,500 advisors, representing more than one-third of all advisors and assets, are expected to retire. According to Charles Schwab’s 2019 RIA Benchmarking Study, the vast majority of RIAs (92 percent) say they’re developing a practice succession plan.

That’s well and good. But the soft underbelly of most RIA succession plans is risk management. Advisors put a lot of effort into figuring out how to sell their firms to a third party or to groom internal talent to take over. But they often fail to consider the risks they’ll face after they pull the ripcord. Specifically, if they cancel their E&O insurance without proper planning, they might leave themselves vulnerable to future client lawsuits. This can threaten the assets they’ll need to fund their retirement.

“How can a retired RIA get sued?” you ask. “They’re no longer working with clients so they don’t make errors that spark lawsuits.” That’s true. However, RIA lawsuits can have “long tails.” For example, if you put a client into an investment to be held for 10 years and the investment implodes seven years later, you might have an unhappy customer looking for financial restitution. The fact you retired in year six won’t get you off the hook. You will likely get sued in any event.

Now here’s the rub. If you canceled your E&O insurance after you retired, you would lose E&O coverage for your past work, and all legal expenses relating to the case would be yours to bear. The bottom line isn’t pretty: a large legal judgment or settlement will make your retirement much less secure and enjoyable. Who wants to be forced to return to work and rebuild an investment portfolio after retiring?

Insurers typically write RIA E&O insurance on a claims-made and reported policy form. In other words, as long as the client incident and the notice of claim both happen while your policy is in force, you’ll likely be covered. However, if you cancel your insurance after you retire and then get sued, your last E&O insurance policy won’t protect you. That’s because the claim arrived after the policy went off the books. You will now be held personally accountable for:

Claims-made insurance is different from occurrence-based policies. With the latter type, as long as a covered loss occurs when the policy is in effect, you’re protected. The timing of reporting the claim is irrelevant. For example, if you cancel your occurrence-based E&O insurance and a claim arises five years later, your past policy will react since the incident occurred during the policy period.

It’s possible to have protection for prior work under a claims-made policy. This requires having an extended reporting period (ERP). Many E&O policy forms provide brief ERPs lasting 30 to 90 days. With this feature, even if you cancel your policy, you’ll still be covered for any claim that arises within the ERP window. But if it comes later, you’ll be on your own.

Getting sued is a sobering prospect, especially when you’re retired. To avoid this scenario, it’s important to make an informed E&O cancellation decision. Your future retirement security could be at stake.

The case of Mary Ria Jones

To put this into perspective, let’s consider the case of Mary Ria Jones, a 67-year old investment advisor. Mary has managed an RIA firm for 35 years. Being a careful and methodical planner, she began envisioning her retirement five years ago. She identified and began grooming a promising young advisor in her business to succeed her. She also decided to sell her company to him when the time came.

Although Mary normally was detail-driven in her client work and in how she ran her RIA, she didn’t fully consider the impact of dropping her E&O insurance. Unfortunately, six months after she retired, a client with whom she worked six years ago filed a notice of intent to sue over alleged unsuitable investments. She was named as the defendant, not her practice successor because she was the investment advisor providing advice at the time. The lawsuit was for $1 million, the amount of money the plaintiff claimed to lose due to Mary’s alleged negligence.

“No worries,” you’re thinking. Mary’s policy most likely had an ERP that allowed her to file an E&O claim. Yes, she did have an ERP, but only for 30 days. Mary never bothered to read her E&O insurance policy, so she never knew her post-retirement E&O coverage was limited to only one month. Due to the timing of the lawsuit, she had no coverage whatsoever for the $1 million judgment that ensued. Mary’s retirement was in shambles.

What can we learn from Mary’s experience? Here are some basic takeaways:

Finally, in the years before retirement, reduce your risks. Develop a risk-management plan (or update your existing one), make sure your firm complies with all RIA regulations and avoid selling products that invite SEC or state-regulator scrutiny. Also, minimize the risks inherent in the following RIA activities:

If you effectively de-risk your business, you will reduce your need for post-retirement E&O coverage or perhaps eliminate it.

In short, as you approach retirement, don’t just think about how you’re going to fund your golden years. Also, think proactively about how to neutralize E&O threats from your prior work. It’s tempting to assume you’ll never have to settle an E&O claim out of pocket during retirement. But it can happen to even the most careful and competent advisor. Don’t let it happen to you!

Jon entered the commercial insurance sector in 2007 and joined Gallagher Affinity in 2011. His role as account executive to Independent Marketing Organizations and Registered Investment Advisor firms allows him to hone his practice of consultative insurance advisement for those within the financial industry. Creating proactive solutions to transfer liability exposures for small to mid-size firms is his passion. He is versed in Errors & Omissions, Cyber & Privacy, along with Professional liability products and develops risk-transfer programs customized to the client’s level of risk tolerance.

Jon attended the University of Georgia where he studied economics within the Terry College of Business. He was introduced to working in the insurance industry as a teenager and embarked as a claims specialist for a personal-lines carrier based in Atlanta. He discovered Sarasota, Florida in 2004 and fulfilled a lifelong goal and moved to the beach. He enjoys water sports and outdoor activities with his daughter.